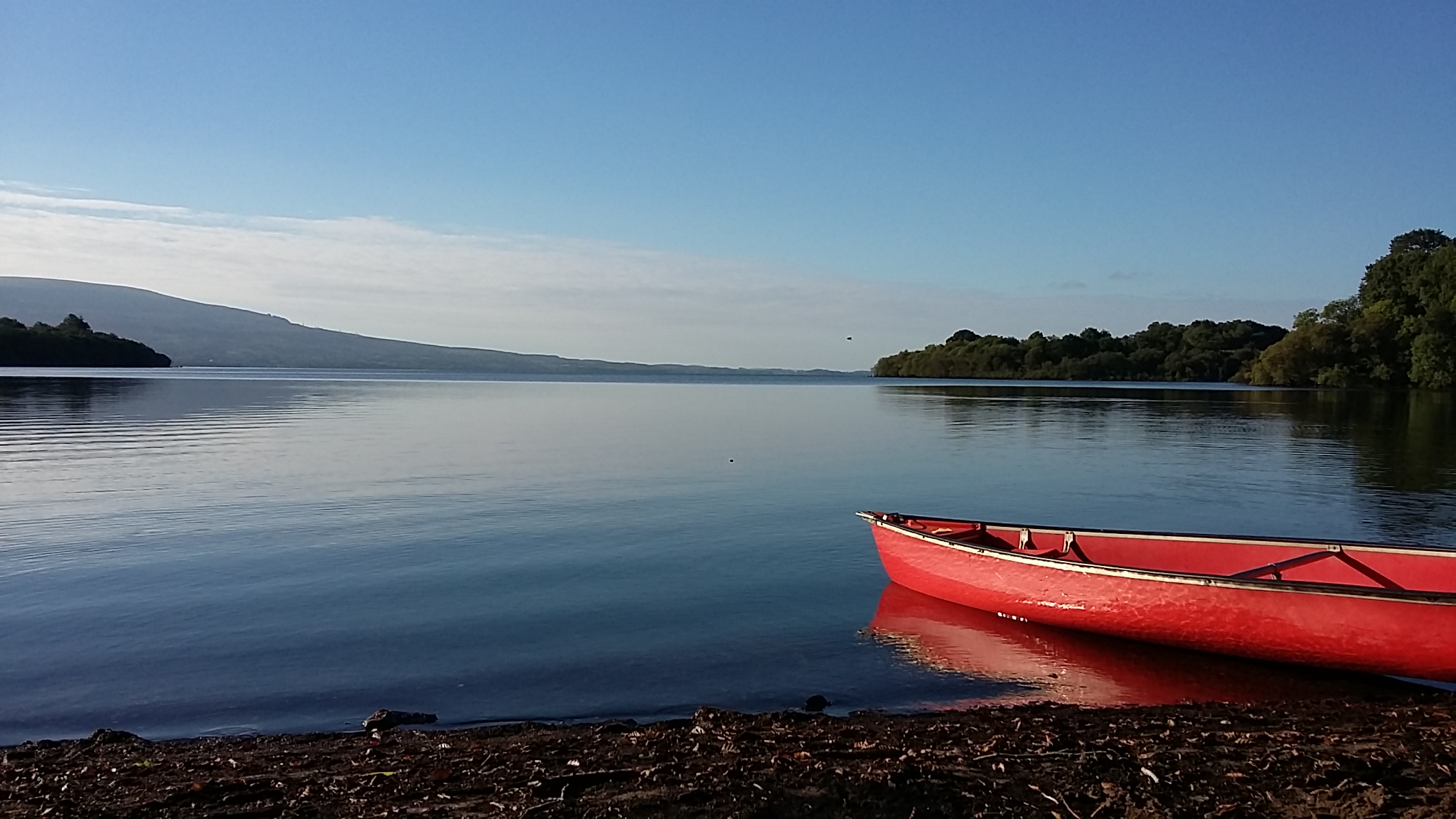 Most of Lough Allen is in County Leitrim, with a smaller part in County Roscommon. The lake lies to the south of the River Shannon’s source, The Shannon Pot. It is overlooked by Sliabh an Iarainn and is the biggest of the three lakes on the River Shannon.

The lake is triangular in shape. The Shannon enters the lake from the north and leaves the lake at the southern end. The R280 regional road runs along the western side of the lake, while the R207 follows the eastern shore, from Ballinagleragh to Drumshanbo. The R200 road is on the northern side of the lake, traveling east from Drumkeeran to Dowra. 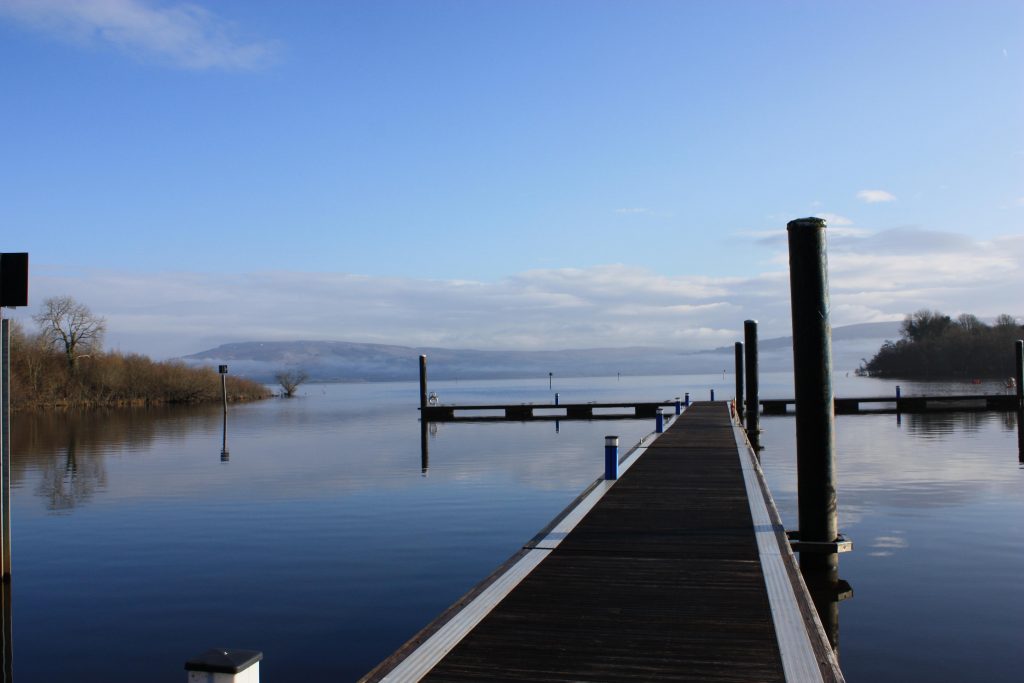 On the construction of the Shannon hydro electric scheme in the early 1900s, the lake became a storage reservoir for the power station in Limerick nearly 100 miles away, with sluices to control the flow into the river. This helps to maintain the flow during dry periods and manage flooding at other times. The Lough Allen Canal was developed by the ESB, which was rarely used, until its restoration in 1996. It is now used as an amenity area where the towpaths have been developed for walking and cycling along the Shannon Blueway. 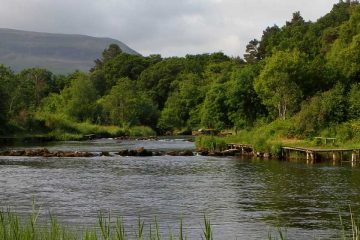 admin June 5, 2018
The River Drowes extends from Lough Melvin at Lareen to the Sea Pools near Tullaghan just outside the town of Bundoran and
Read More
add comment 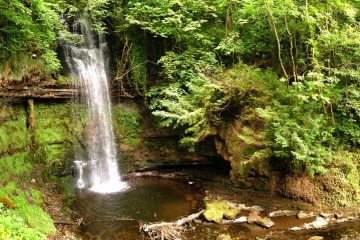 admin June 5, 2018
Glencar Waterfall is 50ft high and is situated at Glencar Lough and served as an inspiration to the William Butler Yeats and
Read More
add comment
Leitrim

admin June 5, 2018
Lough Rynn Castle Estate and Gardens is one of the most luxurious castle hotels in Ireland, the ancestral home of the Clements family and the legendary
Read More
add comment