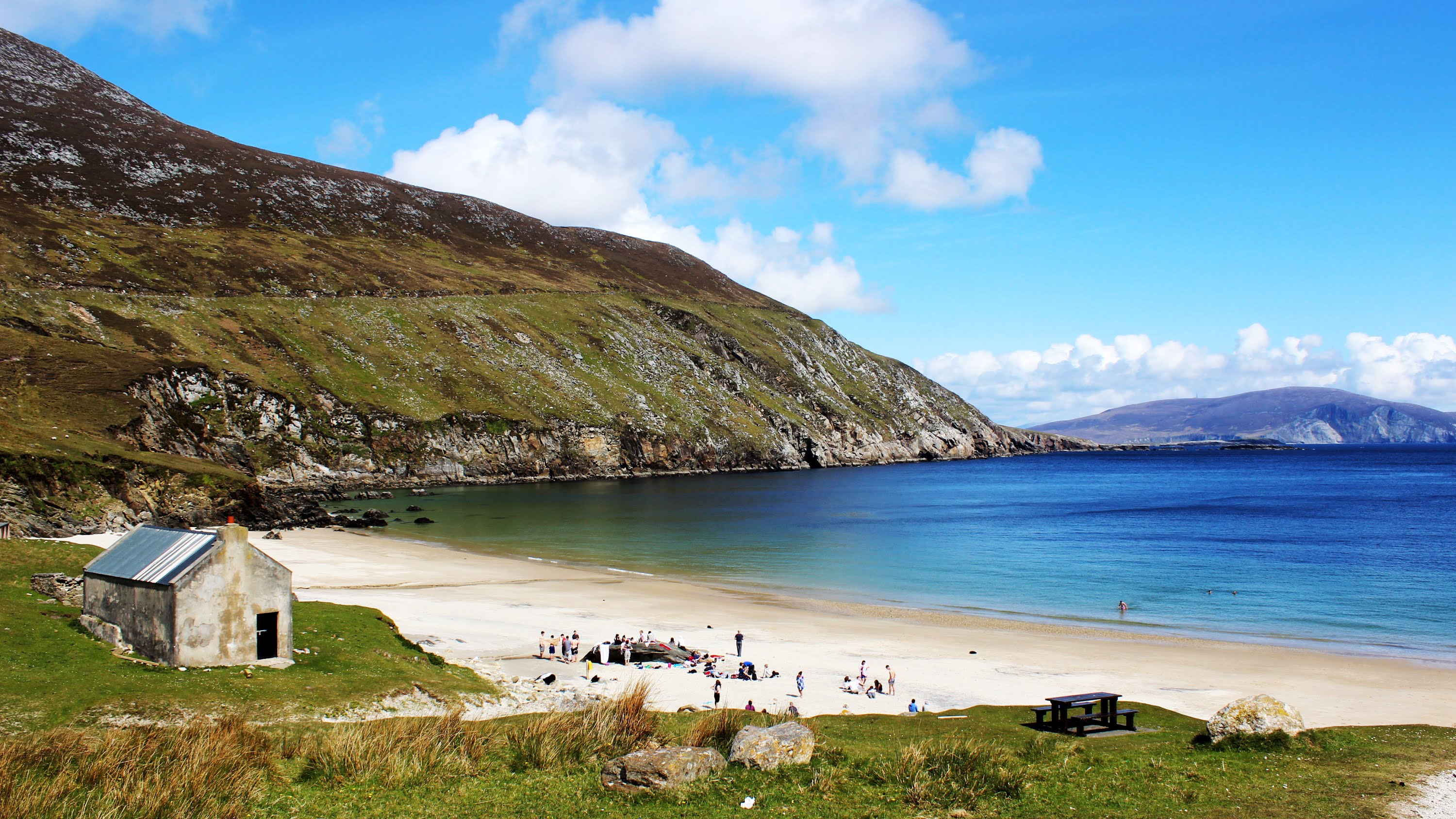 Achill Island is home to five picture postcard Blue Flag beaches, some of Europe's highest cliffs and large tracts of blanket bog sweeping over the island's two peaks and down to the shore.
Achill Island, or as it is known by its Gaelic name Oilean Acaill, has a long history of human settlement with megalithic tombs and promontory forts dating back 5,000 years. There is also a 15th century fortified tower house, Kildamhnait Castle, the 19th century Acaill Mission and the poignant deserted villages at Slievemore and Ailt. This windswept Island, the largest of Ireland's offshore Islands, has attracted people to its shores for generations and now you can drive across to it. Once on the Island there is spectacular Atlantic Drive which takes one along a 40km drive that includes the best of the Islands scenery. 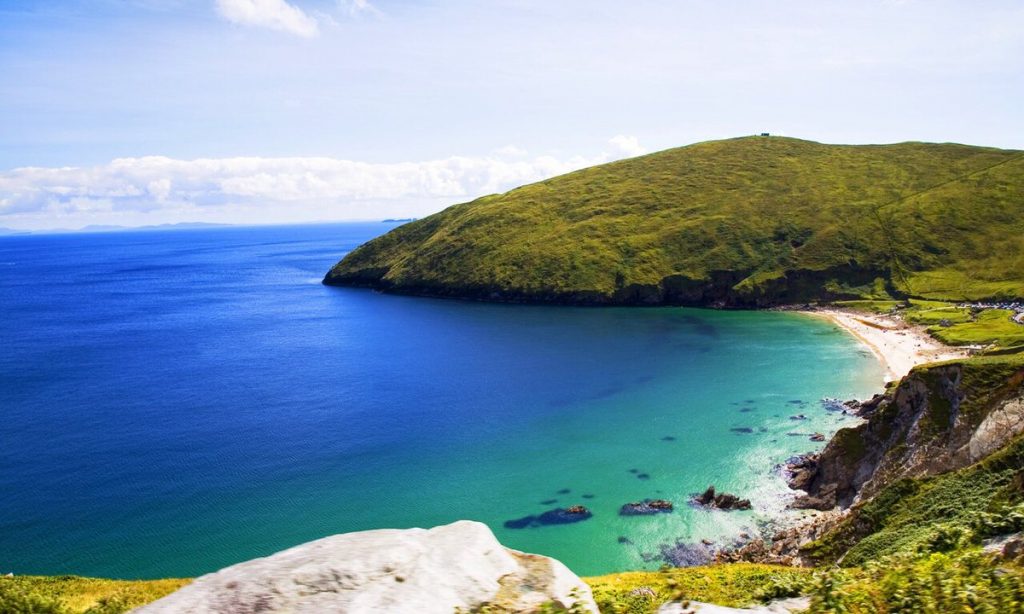 Walking and cycling along the quiet lanes and trails is also a wonderful way to discover the island's interior. The Great Western Greenway is a new 42km long track for cyclists, walkers and runners which follows the route of the former Achill to Westport railway line. There are plenty of opportunities to fish, surf, dive and kayak here. There are also a number of well renowned craft shops and art galleries to explore as well as numerous festivals to attend.